Swimming with the Sharks

(Thank you, Nadia, for the awesome video!!!)

This past weekend we went to Busan to go sharking diving.  It’s an all day experience because they provide you training and aquarium admission as well. It was only 110,000 won, which is roughly $100.  Personally, I think that’s quite a deal given that swimming with the dolphins at Sea World starts at $399.  There were several sharks on the tank including one that was in desperate need of an orthodontist.  It was super (super) cool.  Here is the website for anyone interested in planning their own shark dive.

Here are some more pictures.  Thanks to Nadia, Lee Ann, and Trisha for letting me steal their pictures. 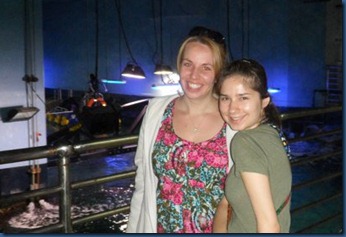 Jessica and me.  Getting excited before the dive! 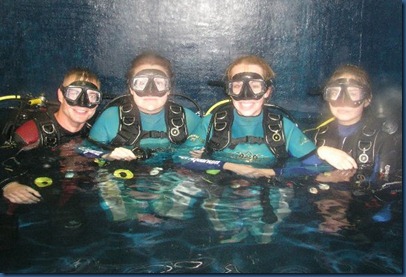 Mark, Trisha, me, and Jessica in the lock and ready to go! 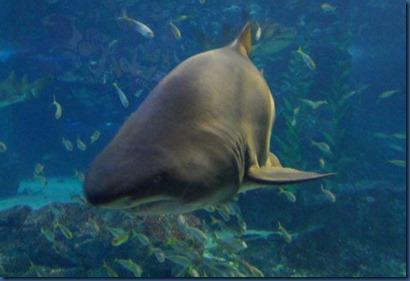 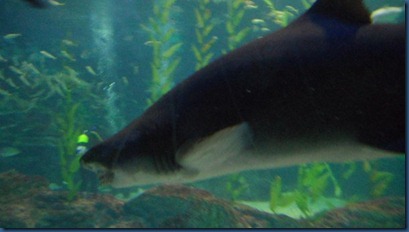 This one needs an orthodontist.  His overbite caused him to look like his was growling all the time.  But sharks don’t growl.  Everybody knows that. 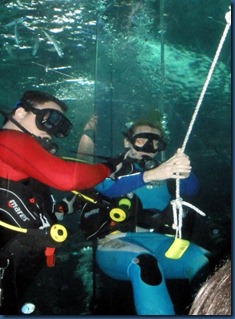 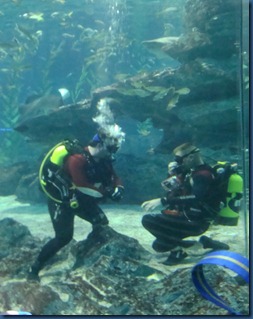 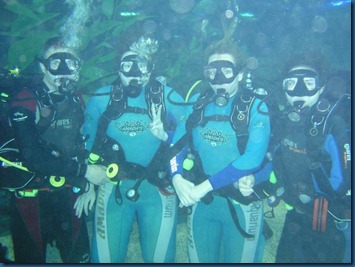 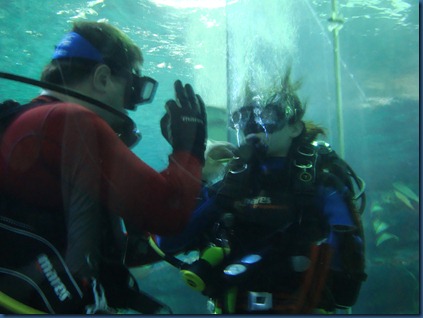 I had a bit of trouble breathing so our instructor was checking in. 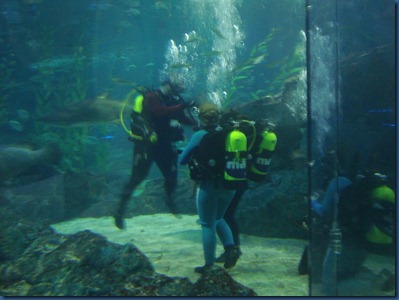 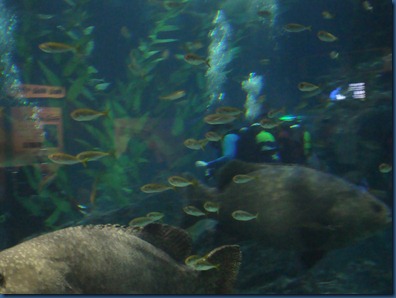 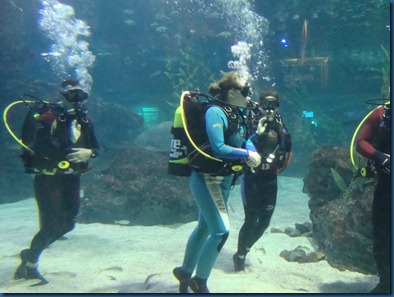 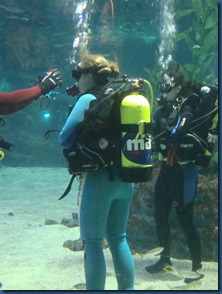 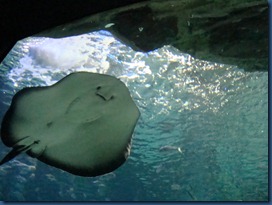 Who doesn’t love sting rays?  They have built in smiley faces! 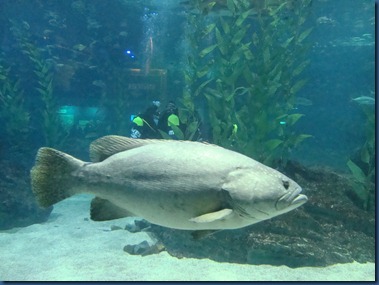 These guys are actually scarier than the sharks.  Groupers.  They will try to eat your arm off.  Eek!  And they were almost as big as the sharks and built like a tank.