This is another slightly belated post.  We visited the Cherry Blossom Festival at Gyeryongsan National Park on April 17.  It was another example of how nothing in this country can ever be easy, but, at the end of the day you always walk away saying, “That was a really cool day!”  And this one definitely was. 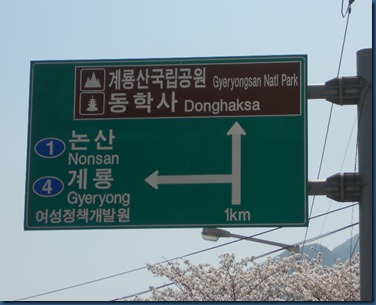 Gyeryongsan can be a bit tricky to get to so we decided to take the subway to the National Cemetery and catch the bus from there for the rest of the trip.  Once we reached the bus stop we waited about thirty minutes for the bus which eventually drove straight passed us.  It was too full to stop and wouldn’t let anyone else on.  Apparently we weren’t the only ones going to the festival that day.  Argh.  (And thank you to a random Korean woman who recognized that this little group of foreigners couldn’t understand the announcements being made and translated for us.)

There were several taxis waiting at the bus stop to take people to the mountain at $5 a person.  Pass.  There were 5 us, we deserved a discount.  But they weren’t up for negotiating.  Instead we walked the opposite direction of the mountain about two blocks and caught a (luxury) cab for $10 ($2 a person).  Deal.  (Obviously cabs don’t normally do per person flat rates.  It’s a supply and demand kinda thing.) 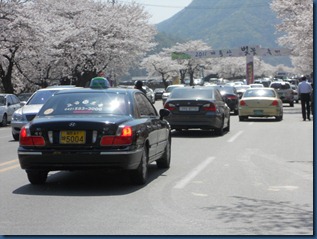 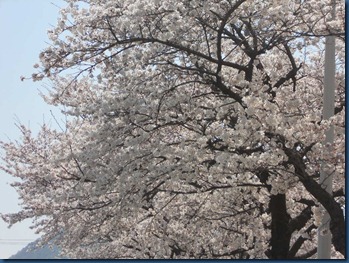 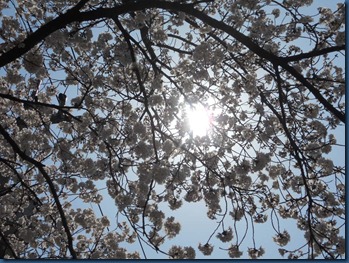 They are beautiful trees. And suprisingly all white.  No pinkness at all. 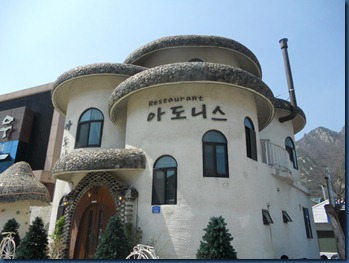 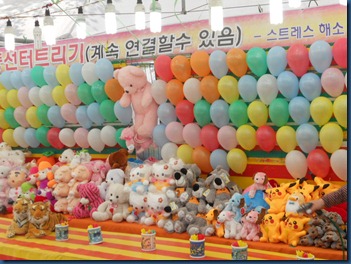 And they had all your normal fair games… 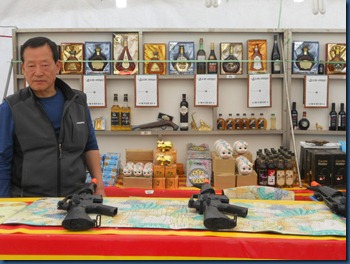 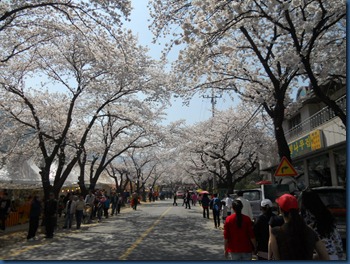 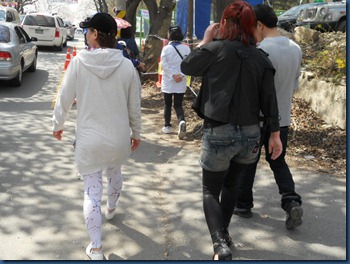 And we saw spectacular fashion on the mountain as well.  Korea is very much still in the 80s as far as fashion in concerned. 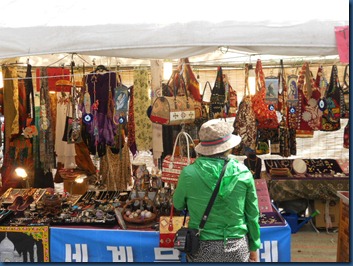 Purses and dresses and jewelry! oh my! 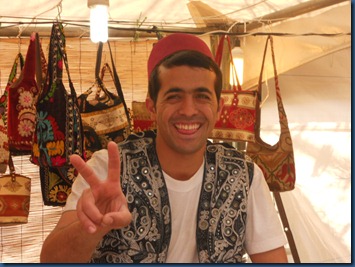 Aladdin was there, too.  He looked far more like Aladdin than this picture portrays but all the girls were in love.  Except me.  Aladdin isn’t my type. 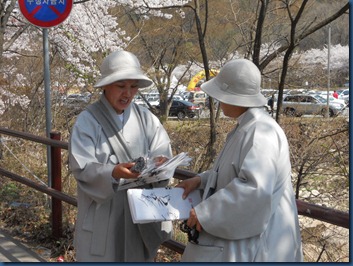 And lady monks.  They totally monked me!  We walked over to see what they were handing out and a man monk put a beaded bracelet on my wrist, handed me the poster and pointed me towards the lady monks.  “3,000 won,” he said. (about $3) What?!  I didn’t ask for this.  Oh well.  It was funny.  And it was supporting the monks.  He tried to catch me again on our way back so I pulled back my sleeve to reveal my bracelet.  He smiled.  Then laughed.  He remembered me. 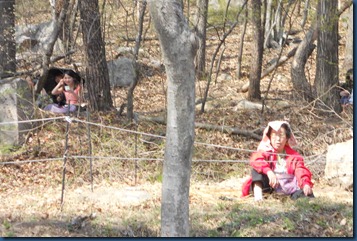 The bottom section of the mountain is paved and pretty easy to walk up.  It has small shops and temples along the way and is beautiful.  And a bit touristy.  Somehow Madelein and I both decided, completely spur of the moment mind you, that we wanted to hike up the mountain.  We wanted to see the waterfall about a 1.5 km hike up. 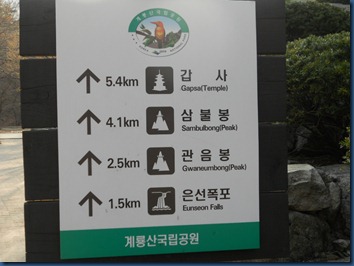 I highly underestimated how difficult it is to hike up a mountain. It was h.a.r.d. Our group split up a little and I bailed on Madelein multiple times and just sat down on the trail. 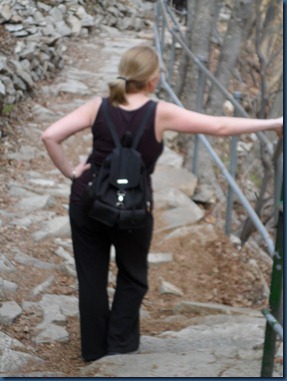 Me mid-protest.  “I’m not going any further.”  But I did.  The fact that was I getting my bum kicked by 5 year old children was a pretty big motivator.

And eventually we all made it up.  There were several points that I thought I was dying.  I can walk on flat land all day long but walking up a mountain is not to be taken lightly.  And probably shouldn’t be a spur of the moment decision. 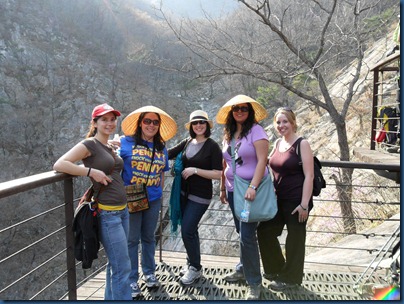 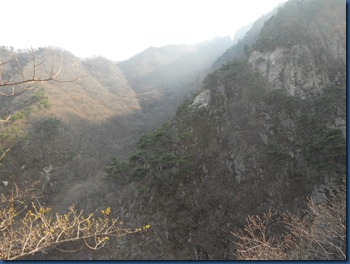 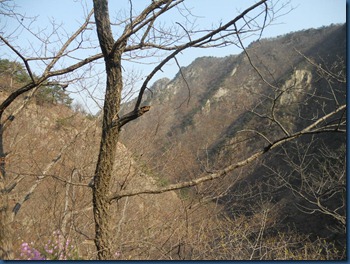 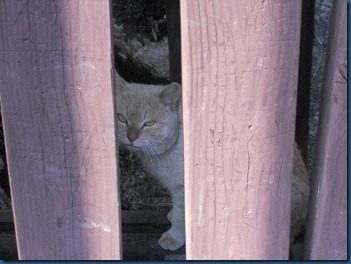 The fiercest mountain cat we saw. 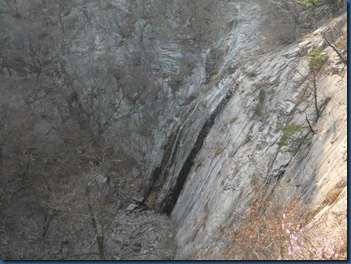 Oh right, and this was the waterfall we were chasing.  Really?

It was time to turn around and head back down the mountain. Surprisingly the way down is almost as hard as the way up.  Gravity is NOT in your favor.  Hiking up is about strength and endurance.  Climbing down is about coordination, balance and grace. 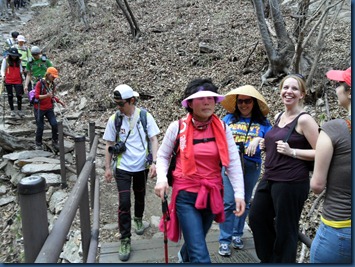 Thanks to Madelein for letting me steal pictures!