That’s my name in Korean…  weird, huh.   If you were to pronounce it as written you would come up with this…

When I first saw it written this way I protested greatly with my limited knowledge of the Korean alphabet.  Now that I’m taking Korean classes and know the letters and the rules of how they are used, I no longer protest it.  Well, I don’t understand the A-E-mE part, but I can deal with that.

I’m on vacation for the next five days for the Lunar New Year.  Due to the holiday the entire city shut down today for the next three days.  And as I sit here drinking Coca-Cola out of a whiskey glass, I realize that I honestly have nothing culturally exciting to say.  Nada.

So instead, I thought I should make this blog educational. Enter: Lunar New Year.

Koreans acknowledge the Western Solar New Year but they only celebrate the Lunar New Year.  It’s a three-day holiday occurring in February based, obviously, on the moon cycles.  Here’s the fun part… On New Years Day everyone grows a year older.  Korean ages are very different than, well, the rest of the non-Asian Pacific world.  Here’s how it works…

1.  When you are born, you are considered one year old.  Age starts at conception, so by the time you are brought into this world (9 months = 1 year???) you are one year old.  (Despite what the concept suggests, Korea has a really high abortion rate.)

2.  Koreans celebrate their “true” birthdays with far less enthusiasm than their western counterparts.  This is because they don’t advance a year older until the Lunar New Year when everyone ages one year together.

3. For example, I had a very handsome nephew born last week on January 28.  Today, by Korean standards, he is already one year old.  On Friday (New Years Day and his 7-day birthday) he will turn 2 years old.  (Insert whatever sarcastic laughter you feel appropriate here.)

4.  In order to actually turn a year older, you must eat Tteokguk, otherwise known as rice cake soup.  I’m quite the fan of rice cake anything here.  I equate it to a sticky dumpling.  (I’ve even made pretty fantastic chicken and dumplings with it a few weeks ago.) 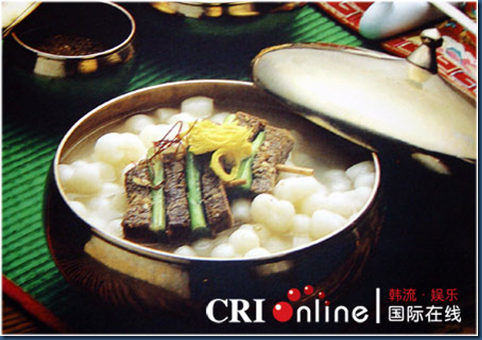 Not my picture… obviously.

The age difference is compensated for in different ways.  In America you start 1st grade when you are six.  In Korea you start 1st grade when you are 8. In America you can drive when you are 16.  In Korea you have to be 20. According to my students 20 (American equivalent of 18-19) is the age of freedom.  When you turn 20 you can drive, drink, and smoke.  Also at 20, girls are able to grow their hair past chin length as many schools have rules against growing your hair out.  Most importantly, when the girls reach twenty years old, they are finally allowed to wear mini skirts.  These children have so much to look forward too…

In case you were wondering what you get for someone for a New Years gift… I have a suggestion. 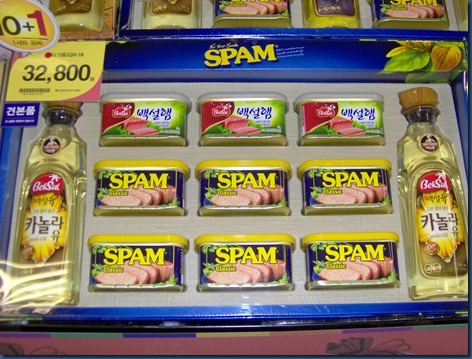 Oh and one last note…Thank you Mother Nature for ensuring that when I do decide to come back to the States, it will not be to the Midwest.  감사합니다