Yesterday we went to the Snow Flower Festival in Yuseong Spa, which is a beautiful upscale part of Daejeon.  It poured rain almost all day but that didn’t stop us.  Kate came up from Gwangju and Maggie and Bomi came up from Nonsan, which is only about 20 minutes outside of Daejeon. 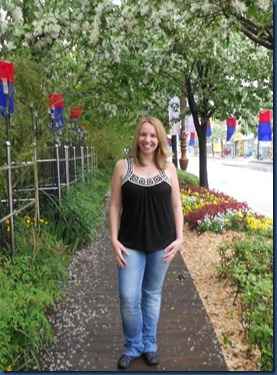 The Snow Flower trees had taken a bit of beating since it stormed all day, but they were still beautiful. 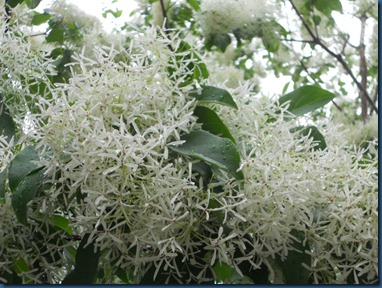 This was one of the fuller trees.  The rest had lost most of their petals throughout the day. 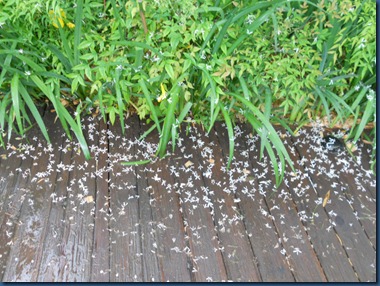 There were trails of baby snow flower petals everywhere. 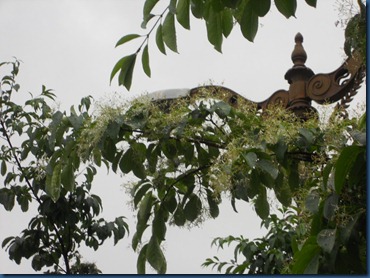 Most of the trees looked like this.  Completely naked.

Either way, it was a lovely day in the rain! We saw the Yuseoung Foot Spa which I had never seen before despite walking within a block of it almost weekly.  It’s right down the street from my dermatologist’s new office so a stop here might need to be added into my monthly doctor visit routine. 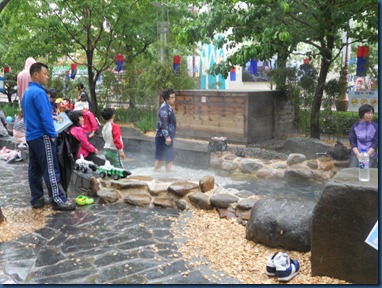 The water comes from a natural spring and is hot.  Very hot.  You can see in the picture the steam rising off of the water and people were walking away with bright red legs.  It looked incredibly painful despite all the children that were playing in the water like it was the public pool.  We didn’t put our own feet in due to the fact that it was raining and most of us weren’t wearing appropriate footwear. Socks and tennis shoes would have been far too complicated for a quick toe dip in what was apparently scalding hot spring water.

Here are some more flower pictures.  I do love flowers. 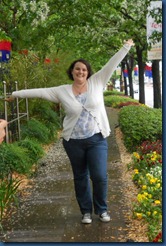 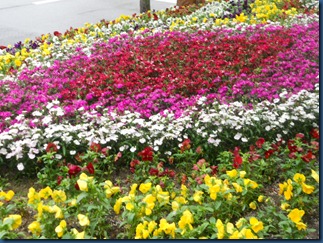 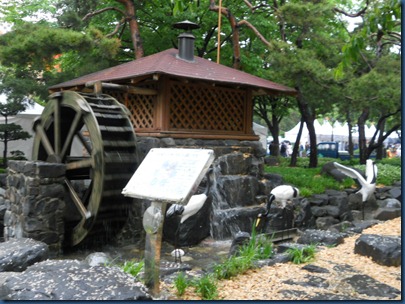 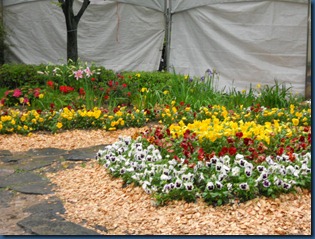 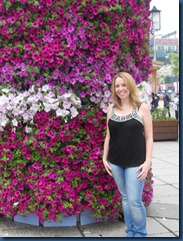 By the way, the pink, purple and white flowers smelled awful.  They smelled like dirty feet and you could smell them about 15 ft away.  I had no idea flowers could smell so terrible.

We watched the tail end of a hip hop dance competition.  It was amazing.  These kids were incredibly talented in a style of dance that I never expected to see in Korea.  Where do they learn this?  The prize was $700 cash so these were high level dancers competing and it was intoxicating to watch them.  Maggie and I wanted to jump in as the wild card contestants in the final round, but, we didn’t want to up show the kids that had been dancing in the rain all day.  It just didn’t seem fair. 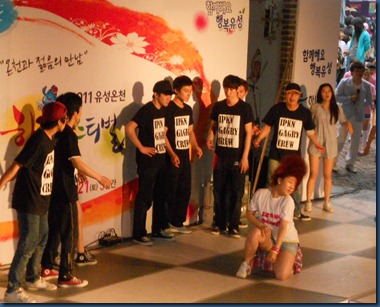 After the festival we went out for dinner.  It was our self-titled Last Supper given that it was 5:30 on May 21 with the Apocalypse was looming… (Insert massive quantities of sarcasm here.)  We had an unexpectedly delicious dinner! 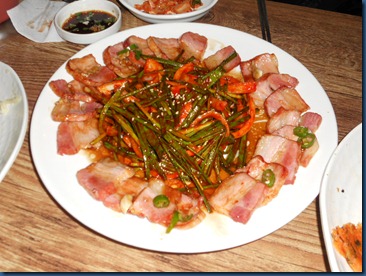 It was sweet like Christmas ham.  None of us expected that!  It was so good! 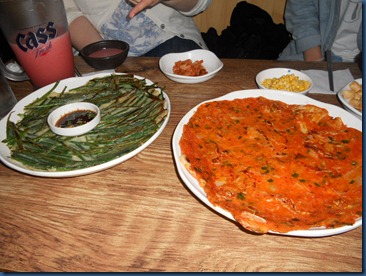 We also had a kimchi pancake and what I think might have been a scallion pancake.  Despite my intense dislike for kimchi I actually really liked both of them. 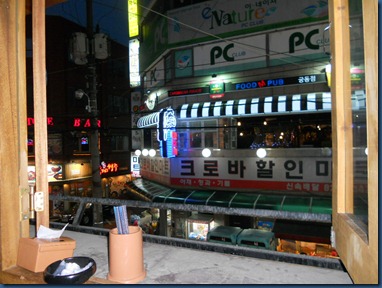 This was the view from our table.  It was a gorgeous night.  After dinner we headed right across the street to the Pirate Bar.  Who doesn’t love a Pirate Bar after a pitcher of strawberry makgeolli? 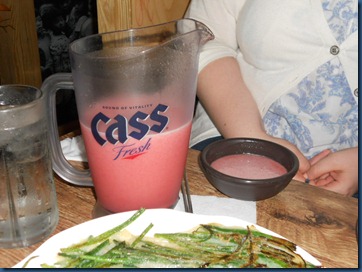 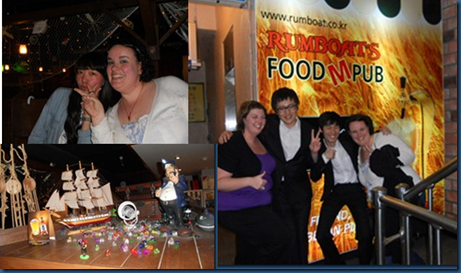 One more stop for the evening to Noreabang.  You can never get enough of it, I swear.  And I have a new favorite noreabang song…Careless Whispers by Wham.  Even Britney can’t beat George Michael.