Everyone hesitates when I call it this but I don’t care, I think it’s true.  It’s super good too.

After hearing Marisol talk about her local kimbap shop I decided I needed to find one of my own. How exactly do you go about finding a good kimbap shop?  Ask kids.  Kids always know where the good food is.  They even drew me a map. 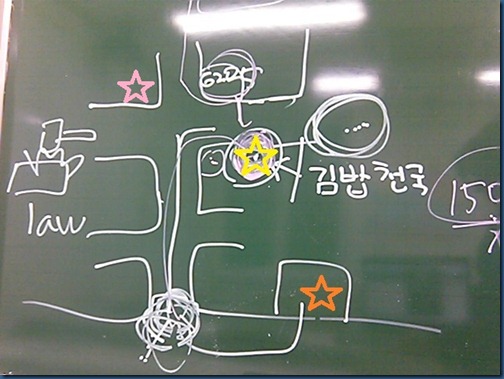 The orange star is our school.  The yellow star is my expected destination.  Makes total sense, right?  My apartment is the pink star for anyone interested.

Thanks to Andrea I actually know where it is so I went for lunch today.  Cham chi kimbap, please.  (cham chi = tuna) Here is where real sushi becomes kid sushi.  I expected ahi tuna.  I got Chicken of the Sea. That’s awesome.

It comes with all sorts of vegetables- cucumbers, carrots, seaweed, pickled radish (adds that relish taste), egg, a smidge of what appeared to be cheese, ham and most importantly, mayonnaise.  No good tuna sandwich is complete with mayonnaise. It’s like Subway but on rice and seaweed instead of honey oat. And it was less than $3. $5 Footlong? I think not. This is better.  And healthier to boot.

According to Google there are really only two differences between kimbap and sushi.

1. kimbap will never include raw fish.

2. kimbap is also not served with soy sauce, ginger or wasabi like it’s not so distance cousin the sushi roll.  “Kimbap is strong enough to stand on it’s own” the websites protest.  It appears that sushi is in fact the weaker of the two species.

To me that screams “child approved sushi” but whatever, you don’t have to agree. No one else does. Here are some pictures from today.  I ate half the roll before I remembered I had to take a picture.  Sorry. 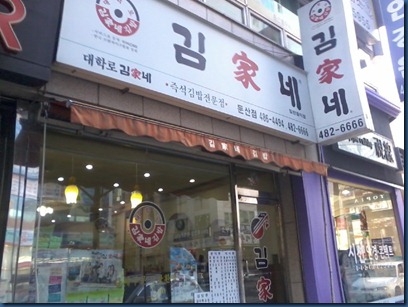 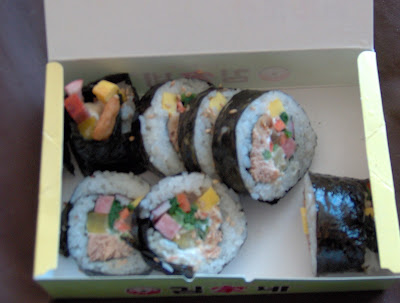 I’m definitely a fan.  I could eat this everyday.  I just have to learn the names for the other varieties.
I almost forgot, while three boys were helping me with the map the fourth boy drew this.  At least I don’t have to teach sex ed. 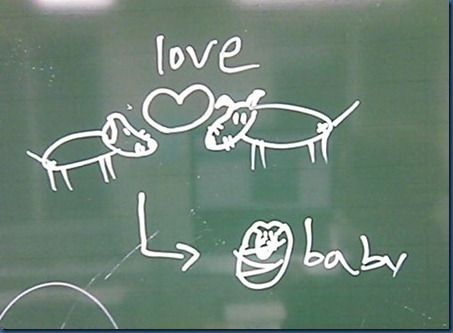